Plateau State government on Thursday signed a Memorandum of Understanding (MOU) with six developers to build 11,188 housing units for citizens of the state. The MOU was signed by the Commissioner of Housing and Urban Development in the state, Samuel Galadima on behalf of the state government. The developer is expected to deliver in 60 months. Galadima said that this was the beginning of good people-oriented projects that would happen under the Rescue Administration of Governor Simon Lalong. He said: “Gov. Lalong is committed to delivering affordable housing scheme to the people of the state.“ Galadima said that different classes of residential buildings would be developed, assuring that there would be no preferential treatment in allocating the houses. :: – By Seriki Adinoyi 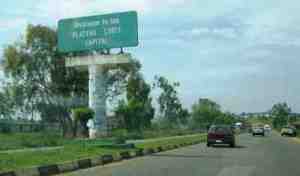 Collapse of buildings is a universal problem that has eaten deep into the fabrics of the construction industry, of which very little has been done to curb the menace. Nigeria like many other countries is witnessing building collapse at alarming rates. In Abuja the Federal Capital Territory, Lagos, Lagos State, Port–Harcourt, Rivers State, Ibadan, Oyo State and Kaduna, Kaduna State to mention but few, many cases of collapsed buildings have been noted. Example of collapsed building abound, namely Multi-storey building, Mokola, Ibadan, Oyo State (1974), Barnawa Housing Estate, Kaduna, Kaduna State (1980), Mosque building, Osogbo, Osun State (1986), Uncompleted Two-storey building, Isinkan, Akure, Ondo State (1998), Two-storey residential building, Funbi Fagun street, Abeokuta, Ogun State (1998), On-going construction of one-storey building, Benjamin Opara street, Port-Harcourt, River State (2006), Nigeria Industrial Development Building (NIDB), Lagos (2006) a two-storey market plaza in Oshodi, Lagos (2010), killing at least four persons and leaving many others wounded. Others are a three-storey building at 15, Alli Street, collapsed at about 11.00 pm and fell on a bungalow at number 13 of the same street, leading to its collapse in the same year. The cause of the collapse, then was not immediately ascertained but it was suspected that the three-storey building may be distressed as hundreds of distressed buildings have been uncovered on Lagos Island. Chief among the terrifying incidents of building collapse in Nigeria is the July 2006 collapse in Surulere , Lagos state were three buildings caved in causing pandemonium among residents killing no fewer than 28 lives and left 50 others severely injured. Also in Lagos, about 37 people lost their lives in four storey building mishap at Ebute Meta, same month in 2006. Another tragic collapse occurred in September 2014, where over 100 worshippers were killed in a six-storey building under construction collapsed in the premises of the Synagogue Church of All Nations in Lagos state. Before now, in another account in 2011, the residents of Gimbiya Street, Area 11 Garki, Abuja, an uncompleted building collapsed killing five people including a pregnant woman, with over 40 squatters trapped in the house. It is also on record that no less than five worshippers died following the collapse of St. Anthony Catholic Church Cathedral in Oduma, Aninri Local Government Area of Enugu State. Several other building collapses took their queue from the overwhelming failure of the Saque Comprehensive Primary and Secondary School, Port Harcourt, River state, resulting in the death of over 50 pupils in June 1990. :: By Okwy Iroegbu-chikezie, 2016

The Enugu State government has revealed plans to build 2, 500 houses for it’s residents. According to the Commissioner for Lands and Urban Development, Solomon Onah, these houses will be for low and high income earners. Speaking during a ceremony to mark the commencement of the sale of forms for 500 plots of land, Onah revealed the cost of these houses to be N37. 5 billion. Concerning the plans for the 500 plots of land at the New Independence Layout, along the Enugu-Port Harcourt Expressway in Enugu, Onah revealed the type of houses to be built. He said twin duplexes /bungalows would be built. :: Inemesit Udodiong | Real Estate 2016 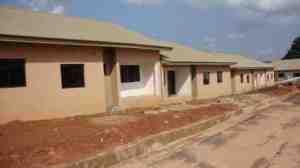 The Enugu State government has revealed plans to build 2, 500 houses for it’s residents. According to the Commissioner for Lands and Urban Development, Solomon Onah, these houses will be for low and high income earners.
Speaking during a ceremony to mark the commencement of the sale of forms for 500 plots of land, Onah revealed the cost of these houses to be N37. 5 billion. Concerning the plans for the 500 plots of land at the New Independence Layout, along the Enugu-Port Harcourt Expressway in Enugu, Onah revealed the type of houses to be built. He said twin duplexes /bungalows would be built. ::
Inemesit Udodiong | Real Estate 2016

The new President of the Nigerian Institution of Estate Surveyors and Valuers NIESV, Bolarinwa Patunola-Ajayi has said that the Federal Capital Territory FCT, is littered with unoccupied buildings, because majority of them are proceeds of corruption, calling on the federal government to be serious in introducing property tax to address housing problem in the country. The NIESV boss has equally called on government at all levels to invest more in social housing with a view to reducing the country’s housing deficit while providing accommodation for low-income earners. Patunola-Ajayi, who stated this while addressing property correspondents during the maiden meeting of his council members in Abuja, said Abuja and its environs had enough buildings/houses that could accommodate its population without them running to nearby states to live. He maintained that those buildings were largely proceeds of corruption by powerful people in the society, which they used as a means to tie-down their ill-gotten wealth. According to him, they do not care what happens to those buildings because it is not their hard-earned money, urging the government to impose heavy tax on them to crash high cost of house rent in the FCT. He also disclosed that the current membership strength of about 5000 was far too low to meet the real estate and property needs of over 170 million Nigerians, promising to focus on increasing this figure significantly without compromising standard. “How effective can 5000 professional meet the services demand of 170million? It shows that the nation is critically in need of professional estate surveyors and valuers. How many government properties have estate managers? We have only a few. This shows why many of our private and government-owned properties are poorly managed. So to serve everyone better, including the government, we need to increase our membership strength,” he said. :- Vanguard News

The Central Bank of Nigeria (CBN) in july hiked the Monetary Policy Rate (MPR). The MPR was increased from 12 percent to 14 percent, making a total of 200 bases points. Real estate experts have reacted to this, with a lot of negative predictions. Most say that this increase will have a negative impact on investments, developers and mortgage institutions. For Mr Chucks Omeife, the past President of the Nigerian Institute of Building (NIOB), this hike will be a problem for developers. He urged the government to come up with better policies. “But due to ineffectiveness of the mortgage system, developers are falling back on commercial banks to source fund for real estate developments. In my opinion, the hike is ill-timed because the economy is technically in recession. We expect the government to come up with policies that will control the inflationary trend and kick-start economic activities in rest of 2016,” he said. Omeife was supported by Mr Olayemi Shonubi, a former Chairman of the Lagos branch of theNigerian Institute of Quantity Surveyors (NIQS). Just like the NIOB past president, Shonubi says this increment poses a threat to developers. However, he also added mortgage institutions, and ultimately, investors, to the list of bodies, affected by this hike. “This is because developers and mortgage institutions source funds from the money market. For the mortgage institutions, which source their fund from the money market, it means that the institutions will invariably increase their interest rate on loans to the people. And this implies that the nation’s mortgage system, which has not been strong and effective will get weaker because investors will be completely discouraged from using the scheme,”he explained. New MPR hike is set to a have negative effect on investment.