Human and Social Science researchers
note that shelter ranks second in the basic needs of man for survival.

Corroborating this view, experts in
building sector hold the belief that having habitable safe buildings will guarantee better life.

In the same vein, Mr Umeora Obiefuna,
an author, writes: “The place and priority of buildings to man’s existence and survival is important. Buildings, either temporary, permanent or monumental structures need to be
properly planned, designed, constructed and maintained to obtain the desired satisfaction, comfort and safety.’’

However, with these specifications that
are expected to be followed by engineers, concern citizens have insisted that cases of buildings collapse ought not to have been rampant in Nigeria.

They note that statistics shows that
collapse of buildings in Nigeria are
common recently involving loss of lives
and property. They cite the recent report on the collapse of a guest house in Lagos in which many people died. They also observe that the pains that the incident brought upon Nigerians is
enormous, suggesting that stakeholders should adopt inclusive approach to understanding the causes of building collapse and solution to it.

In a perceptible reaction to this, Mr
Danjuma Abalaka, the Publicity Secretary of the Nigerian Institute of Building (NIOB), observed that building collapse was due to lack of legislation to guide the activities of the operators in the housing sector.

“NIOB has a bill for the enforcement of
the Nigerian National Building Code which has been in the National Assembly for so long; if the bill is passed into law, it will regulate and monitor the activities of estate developers,’’ he said. According to him, another factor is high cost of building materials and the absence of affordable and alternative building materials. He also cited the activities of quacks in
housing sector, the absence of soil test
report and poor structural designs, among others, as causes of building collapse, insisting that many of the building details were handled by quacks.

Abalaka said further that the institute had received reports bordering on absence of co-ordination between the professional bodies and the local town planning authorities, the use of substandard building materials and lack of proper supervision by professionals. “Other observations on the causes of
building collapse include illegal conversion of buildings which often lead to structural deficiencies, flagrant
disobedience to town planning regulations by developers and landlords, among others,’’ he said.

He, therefore, called for stringent
penalties for those identified to be
responsible for collapse of buildings.
He suggested that the town planning
authorities should be adequately staffed and equipped with professionals to ensure thorough supervision of buildings at all stages.

“Effective monitoring of projects during
and after construction and training and
retraining of professionals supported by
all stakeholders will go a long way in
curbing building collapse in the country,’’ he said.

Abalaka also called on government at all levels to provide an enabling law for the training and effective control of artisans and craftsmen in the building industry.

“For any structure more than a bungalow, a structural engineer must be involved while construction work should only be carried out by registered contractors and supervised by registered architects, engineers and builders.

“Clients should obtain approvals before
they begin construction; they should work with the approved drawings and
specifications; and any alterations should be approved before their implementations.

“A regular audit of defective structures
must be carried out and such structures marked for demolition should be demolished before they cause havoc on lives and property,’’ he said.

For effective safe practice in building
sector, he called for the passage into law of the bill for the enforcement of the Nigerian National Building Code by the National Assembly to ensure effective regulation of the activities of operators.

Abalaka as well stressed the need for the government to develop a clear housing policy to regulate the activities of private estate developers in the country.

In his view, Mr Chimezie Uhiara, an
architect, stressed the need for the
people who were planning to build houses to carry out soil test of the site of their projects by certified soil experts. He said the result of such test would enable the architects and structural engineers to specify what type of foundation to set for such buildings.

“Government at all levels should intensify public enlightenment, placing emphasis on how building disasters could be prevented rather than managing situations which might be costlier,’’ he said.

Sharing similar sentiments with Abalaka, he insisted that: “Passing the bill for the enforcement of the Nigerian National Building Code into law has no substitute, with this, construction of buildings will be effectively regulated.’’

Apart from passing the bill into law, Mr
Mohammed Attah, the Project Coordinator for the National Director for
Standard Awareness Group, a non-governmental organisation, called for awareness on the dangers of collapse buildings.

He said the group had begun
arrangement to inaugurate sensitisation campaigns on what should be done to stop building collapse. “The organisation plans to raise five
million voices against sub-standard products in Nigeria among other methods,’’ he said.

All in all, concerned citizens opine that that if stakeholders adhere to the recommended preventive measures on building, it will address the issue of rampant building collapse in the country. 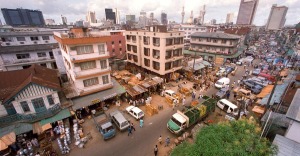